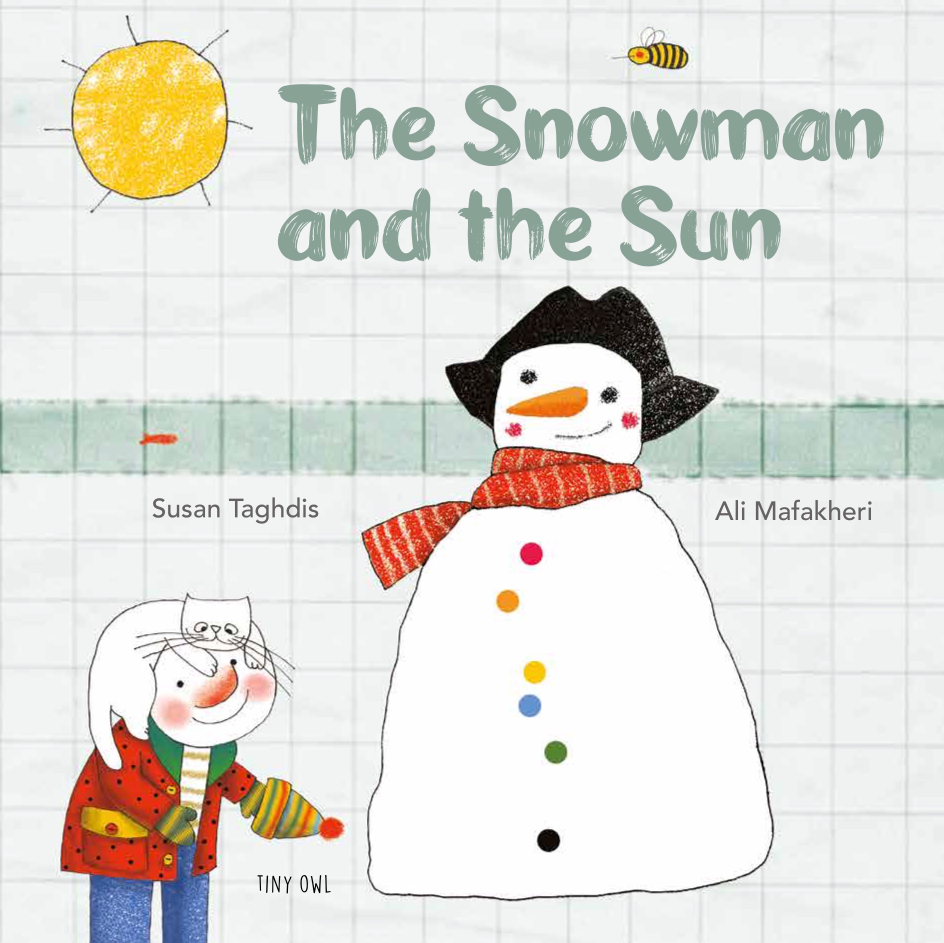 The Snowman and the Sun is a simple and charming story that teaches young children about the water cycle.

Where does a snowman go when he melts? Where does he go when the sun shines bright and hot? Does he go far away? And will he ever come back? The Snowman and the Sun is a modern-day fable about how our attachments to people and things live on, though they change and sometimes disappear.

Last: The Story of a White Rhino, Where's Baby Elephant? (hardback) and The Snowman and the Sun Susan Taghdis was born in 1959 in Shiraz. She began her career as a writer by publishing her first story in Keyhan Bacheha Magazine. Susan Taghdis has been a founder of the Iranian Association of Writers for Children and Youth and has also been a board member. Taghdis has tried her hand in various fields including reporting, journalism, script writing, etc. She has also composed poetry for children. However, the activity that Taghdis is known for is writing stories for preschoolers and children.

A simple story with profound depth.

This is a lovely story about what happens when a snowman melts.