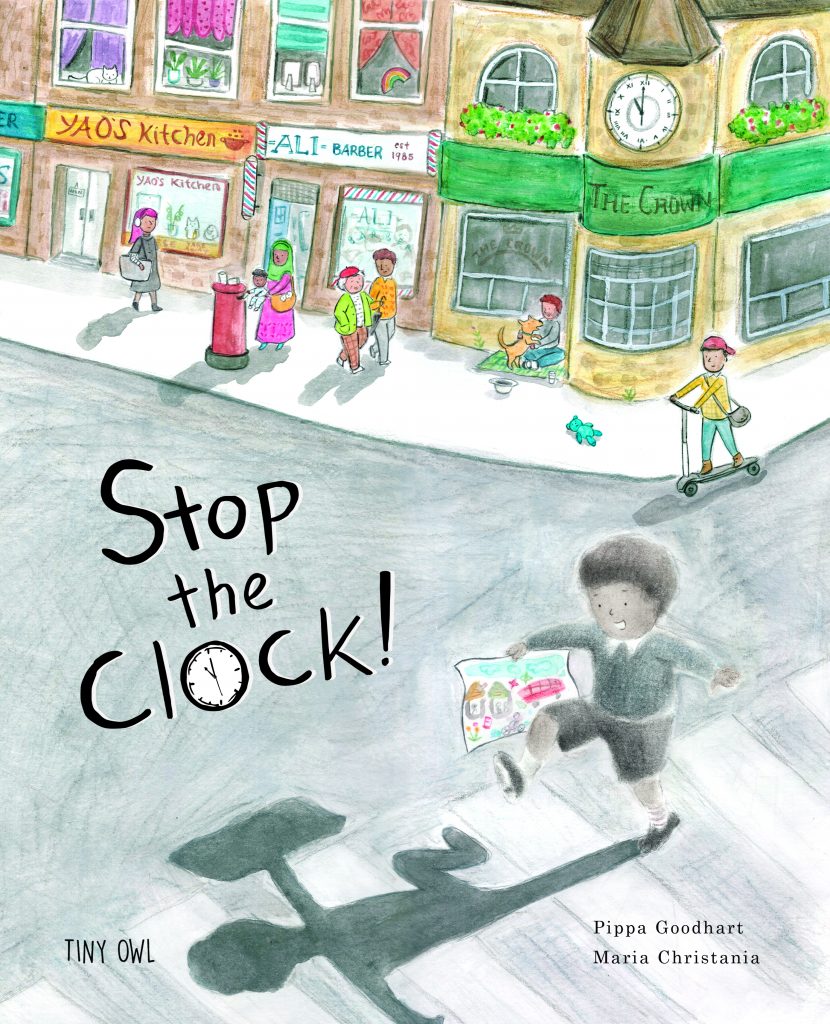 Joe’s day is not off to the best start. He is late for school AGAIN! On their dash to beat the bell, Mum is stressed, Baby Poppy is crying, and Joe is missing all the exciting things happening around him as they blur into one. When given a task by his teacher Mr Khan to draw everything he saw on his way to school, Joe decides he must stop time to examine everything he saw and figure out why his sister was crying so much!

Soon, literally, and metaphorically, things become much clearer, as Joe learns to appreciate the importance of taking your time and noticing what is happening around you. A heart-warming tale about slowing down and appreciating the world. Pippa Goodhart is the author of over a hundred children’s books, including the prize-winning picture book You Choose, and the Winnie the Witch series which she writes under the pen name of Laura Owen. She trained as a teacher and worked for many years in bookselling before becoming a mother and a writer. Having worked on almost 30 children’s books, Maria Christania is making her Tiny Owl debut! Born and raised in Bandung, Indonesia, Maria gained her bachelor’s degree in Design and Visual Communication from Bandung Institute of Technology in 2008, going on to work as a freelance graphic designer and teacher. She also received a Master’s in Children’s Book Illustration from Cambridge School of Art in 2016, after moving to the UK

Stop the Clock has a kind and thoughtful message for us all!

These Books Help Us Discuss Emotions & Feelings with Young People!

Stop the Clock is a Poignant and Colourful Book!