Snuggle Up with The Snowman and the Sun! – Bookwrap

Buy The Snowman and the Sun

Read a lovely review of The Snowman and the Sun from Bookwrap, in which they unwrap the stunning illustrations and rate the book 5/5 hugs!

Snuggle up with The Snowman and the Sun! – bookwrap 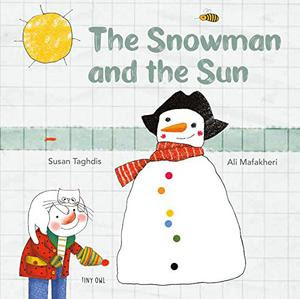 Unwrapping Some Illustrations for You 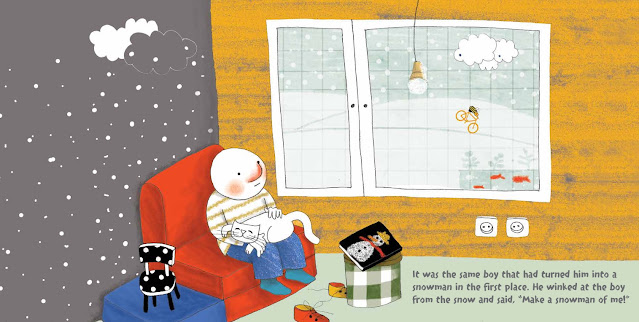 This is a delightful and informative picture book that is told through the eyes of a snowman.  The sun shines down on him causing him to melt.  Oh my!  What happens to him then is a simple but profound explanation of the water cycle.

His melting transforms him into a water state and he seeps along the ground as a snowman puddle.  The sun turns up its heat and vapes the snowman into a cloud.  The weather cools down considerably causing him to morph back into snow where he becomes… can you guess?  A snowman again!

I love the illustrations which cleverly show that in each stage the eyes of the snowman remain in tact so kids can identify him and understand that although he has changed shape and substance he is still the same snowman. The book is educational, positive and fun!  It can also be read as a modern-day fable and offers discussions for deeper reflections on the different stages in our lives.  I highly recommend it.

Susan Taghdis was born in 1959 in Shiraz. She began her career as a writer by publishing her first story in Keyhan Bacheha Magazine. Susan Taghdis has been a founder of the Iranian Association of Writers for Children and Youth and has also been a board member. Taghdis has tried her hand in various fields including reporting, journalism, script writing, etc. She has also composed poetry for children but she is well-known for writing stories for preschoolers and children.

Ali Mafakheri is an Iranian illustrator, designer and film-maker who trained in Tehran and Paris. He has exhibited in Iran, France and Switzerland and has illustrated over 40 children’s books.