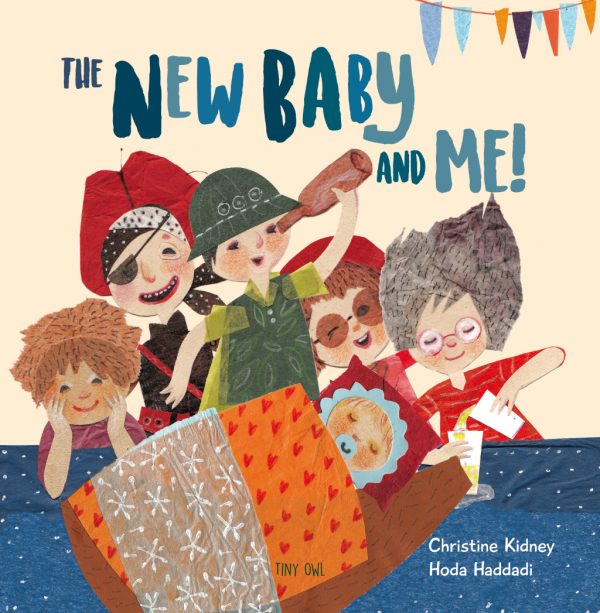 The New Baby and Me!

The New Baby and Me! is a perfect book to help brothers or sisters-to-be prepare for a new arrival in the family.

Beautifully illustrated by Hoda Haddadi, this book follows a family of five siblings as they imagine what their new baby brother will be like. Will he be a scientist or dreamer? A pirate or an artist? Each child projects their own ideas and fantasies onto the new baby. All they know is that he’ll be just like them! But they are in for a bit of a surprise….A beautiful picture book that celebrates individuality and imagination. Additional ideas for art and collage activities included to help prepare for a new sibling. A perfect book for families with a little one on the way…

Check out these fun New Baby and Me activities! Christine Kidney graduated in English from Cambridge University, then spent twenty years working in publishing as an editor. She works and lives in the Cotswolds with her family.

Read an interview with Christine Hoda Haddadi is one of the most successful amongst the younger generation of Iranian illustrators. She has won several international awards, including the first prize at the Belgrade International Illustration Biennial, the New Horizons Award at the Bologna Book Fair, two medals at the Nooma Festival (Japan) and the golden plaque of the Biennial Illustration Bratislava. Other books for Tiny Owl include A Rainbow in My Pocket (2016).

Read an interview with Hoda

The charming collage illustrations are full of detail, creating a warm, imaginative setting for this delightful tale.

An ideal book for families with a new baby on the way.