The Phoenix of Persia focuses on the importance of forgiveness and freedom! – British Library

We are so excited by this fabulous review of The Phoenix of Persia by British Library! Have a read below!

The Phoenix of Persia 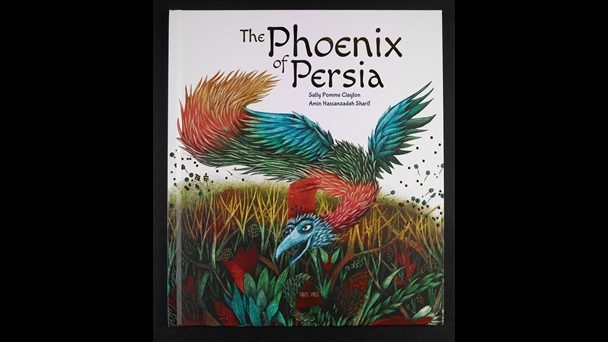 This picture book retells a traditional Iranian story from the Shahnameh, an epic poem written a thousand years ago.

What happens in The Phoenix of Persia?

High up on the Mountain of Gems lives the Simorgh, a wise firebird whose flapping wings spread the seeds of life across the world. When King Sam commands that his long-awaited newborn son Zal be cast out of the kingdom and abandoned because of his shock of snowy white hair, the Simorgh adopts the baby and raises him as her own.

The firebird teaches Zal everything she knows – poetry, history, dance, science, song, drawing and the names of all plants – and he grows into a compassionate and wise young prince. When the king later comes to regret his actions, Prince Zal learns that the most important lesson of all is forgiveness.

How does the story pair words and music?

This magical tale from ancient Persia, retold by Sally Pomme-Clayton, is accompanied by original music played on traditional Iranian instruments. The music can be accessed via QR codes in the book.

Each instrument represents a different character, and the author’s voice is also present narrating the tale. This approach reflects ancient Persian techniques where poetry and music were combined in the telling of stories.

How were the illustrations created?

Amin Hassanzadeh Sharif has used a ‘sgraffito’ technique to create the jewel-coloured illustrations – the paint is scratched away to reveal rich base colours beneath.